What Factors Cause Obstructive Sleep Apnea?

Home > Treatment for Sleep Apnea in Toronto > What Factors Cause Obstructive Sleep Apnea? 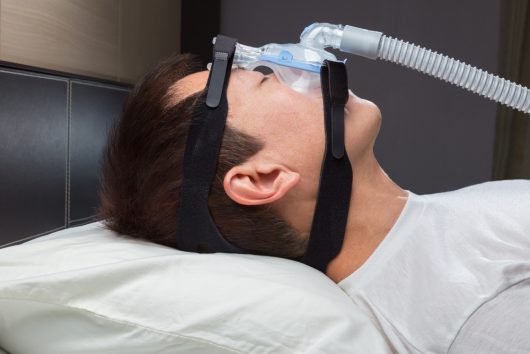 Obstructive sleep apnea is a pervasive condition where a person frequently stops breathing in their sleep for upwards of 10 second intervals. This causes a decline in the oxygen level of that person’s blood, causing them to wake up multiple times in the night.

For obstructive sleep apnea in children, causes usually include having a large overbite, enlarged adenoids or tonsils, or other dental-related conditions. A growth or tumor blocking the airway is a less common cause, and birth defects like Pierre-Robin syndrome and Down syndrome can cause it as well. Childhood obesity can also be the culprit, though this is not nearly as common of a cause as it is for adults.

Obstructive sleep apnea can result in serious consequences for any age. Since cardiovascular disease, premature death, and different kinds of accidents can happen, it is vital for those with signs of sleep apnea (e.g. loud snoring and daytime drowsiness) to receive medical attention.

Genetics can also be a key factor. Those who have inherited larger necks (over 43cm for males and over 38cm for females), round heads, and narrow throats are more susceptible to obstructive sleep apnea. Hypothyroidism, which is the overproduction of growth hormone (GH) can be impactful as well, and allergies, a deviated septum, and other breathing-related medical conditions can lead to airway congestion.

For extreme cases of obesity (40+ BMI), Pickwickian syndrome (or obesity-hypoventilation syndrome) can occur on its own or in conjunction with obstructive sleep apnea, further limiting breathing.

While obstructive sleep apnea develops in four to nine percent of middle-aged adults, it will affect over 10% of those who are older than 65. This is because the brain becomes less capable of keeping throat muscles tense at an older age.

Also, men are four times more likely to have obstructive sleep apnea than women. Woman in menopause or going through pregnancy will be more at risk than usual. The gap between genders becomes less impactful for older age groups.

Around 25 to 40 percent of those with obstructive sleep apnea have immediate relatives with it as well.

A treatment through continuous positive airway pressure (CPAP), oral appliances, or surgery can greatly improve symptoms and reduce these complications.