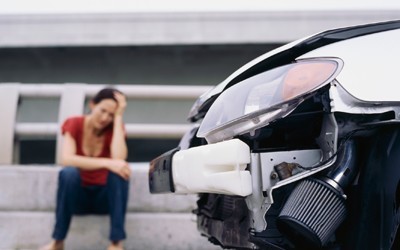 Everyone is familiar with how dangerous it is to drive while under the influence or drive while using a cell phone. These activities have such negative connotations in society because we know they remove the driver’s ability to focus and control the vehicle, thus increasing the risk of dangerous accidents. So, what about when people drive while extremely fatigued?

Not only does it make logical sense, but reports have also supported the idea that driving while tired increases the risk of traffic accidents. People who suffer from sleep apnea have difficulty breathing, which keeps them from sleeping through the night or achieving deep sleep. Therefore, uncreated sleep apnea can lead to an increased risk of causing an accident while driving.

In recent years, there have been many studies that have researched the correlation between tiredness and driving accidents. Following 4,000 drivers over the course of five years, researchers in Spain found sleepy drivers to experience six times as many collisions as drivers that were not sleepy.

The San Francisco CHEST 2000 study specifically studies people that had been diagnosed with obstructive sleep apnea (OSA). The study found that patients who were waiting to undergo a sleep study to receive a sleep apnea diagnosis experienced collisions at a higher rate than those who were receiving treatment.

Drivers in this study were asked not only about collisions, but also near accidents. 18% of the respondents reported falling asleep at some point while driving.

Other Effects of Excessive Daytime Sleepiness

The respondents in the San Francisco study felt the effects of the sleep apnea in more places than just behind the wheel of a car. 34% reported that they had fallen asleep while at work, and 12% were fired or demoted because of these problems.

Due to lack of restful sleep, people living with sleep apnea often have difficulty staying awake and alert during activities such as driving, reading, or watching television. They also have difficulty focusing and concentrating, which can make performing at work or behind the wheel of a vehicle difficult. Individuals with sleep apnea are also at a significant risk for causing workplace accidents as well.

Additionally, excessively sleepiness can also hinder your social relationships as you may feel too tired to engage in activities or to interact with friends and family.

Sleep apnea often goes undiagnosed because excessive sleepiness is often the most recognizable symptom. It takes individuals to eventually become tired of always being tired. If you are feeling tired and drowsy throughout most of the day, it is essential to make an appointment with a physician as early as possible. This step may not only improve your quality of life, but can also protect the safety of you and those around you.

As the San Francisco study illustrated, people with sleep apnea are at a great risk for an auto accident until they are receiving the treatment they need. Therefore, it is crucial for everyone that these treatments, such as the use of a CPAP device, begin as early as possible.