What is Obstructive Sleep Apnea (OSA)? 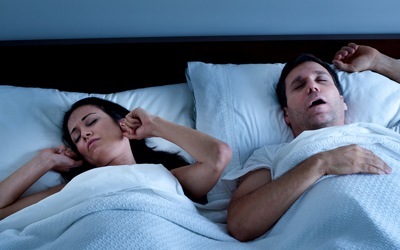 Symptomatic OSA is usually characterized by sleep disruption and daytime sleepiness. In normal conditions, the muscles of the upper part of the throat allow air to flow into the lungs. However, when a person with OSA falls asleep, these muscles are not able to keep the air passage open all the time. When the airway closes, breathing stops, oxygen levels fall and sleep is disrupted in order to open the airway.

The disruption of sleep usually lasts only a few seconds. However these brief arousals disrupt continuous sleep and prevent OSA sufferers from reaching the deep stages of slumber, such as rapid eye movement (REM) sleep, which the body needs in order to rest and replenish its strength. Once breathing is restored, obstructive sleep apnea sufferers fall asleep only to repeat the cycle throughout the night. Many people pause during breathing while they sleep, but if the study finds that these interruptions  are longer than normal, that is from 10 seconds up to as long as a minute, and occur 5 or more times an hour, then you may have a mild form of OSA.

Moderate OSA is defined as between 15 and 30 interruptions per hour, and severe OSA as more than 30  per hour. In most cases, the person suffering from sleep apnea doesn’t even realise they are waking up. This pattern can repeat itself hundreds of times over every night, causing fragmented sleep. This leaves the person with unrefreshed sleep, excessive daytime sleepiness and fatigue.